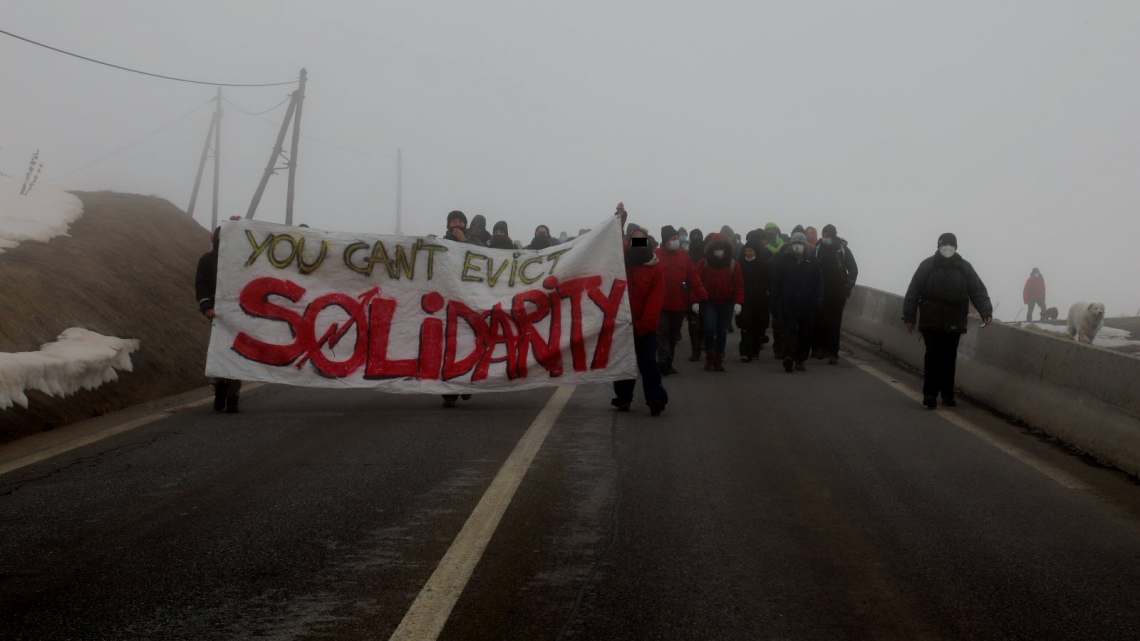 Posted on 12 March 2021 on some french movements websites

Spring 2021 will be marked by two political trials, criminalising solidarity with exiles and people without documents.

On 22 April at the court of Gap, two solidarity activists will be tried in the first instance for “aiding the entry and circulation on national territory of people in an irregular situation”.

They were arrested on 19 November while helping an Afghan family on French territory.

They were sentenced in the first instance to up to four months in prison and eight months suspended for participating in an anti-fascist/no border demonstration on 22 April 2018.

This spontaneous demonstration aimed to denounce (with the practice) the action of the fascist group Génération Identitaire present the day before at the Echelle pass (Hautes Alpes) and the big militarisation of these days of the border which puts lives in danger.

For 5 years, the State has been hunting those it considers undesirable and has been carrying out daily illegal refoulements in contravention of its own laws.

For 5 years, thousands of solidarity workers and dozens of carers have been taking turns in the name of the principle of fraternity to fight with exiles who are determined to come to our country to seek a little peace.
The police violence is proven, the endangerment of the exiles who once on the French territory try to escape from their arrest and the deadly chases too.

These are no isolated police blunders, but a repetition of systematic acts of violence and serious violations of fundamental rights that testify to a systemic racism at work at the French and European borders.

This policy of the French government has led to the death of 5 people in exile in Montgenèvre.

For the same reasons, several hundred people have already been injured and the security tone continues to rise. On 16 November, the number of police officers was doubled in Montgenèvre, with the addition of so-called sentry forces.

With these decisions, the government wants to make people believe that a fortress Europe is possible and is worth more than human lives. 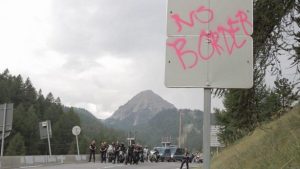 For us, in solidarity, it is out of the question that the scenario is repeated tirelessly at the Briançonnaise border.

The militarisation of the mountain is only a vain gesture of the state that pushes the exiles to take more risks.

We want to make our trials a new opportunity to highlight the repression, the injustice and the invisibilised violence that are exercised every day on people in exile.

“The people who die on the beaches, if they were white people, the whole world would be shaking.”
Fatou Diome

Since 2018, trials and legal costs have multiplied, some twenty people have been prosecuted, 12 of whom were charged with assisting entry into the country, the others for spurious reasons (contempt, etc.)

Since 2018, the need for emergency aid for the reception places of the exiles such as the occupied houses of Casa Cantoniera in Oulx, Chez Marcel in Briançon, Chez Roger (ex Cesai) in Gap are continuous and generate a lot of costs.

We call for financial support for the struggle to stop the hunt for exiles everywhere on the territory, in solidarity with all undocumented migrants and those in solidarity who have been charged, and we are expecting many of you:

27 May in Grenoble, 2pm in front of the court

A fundraising campaign is now online, here is the link to share:
https://www.papayoux-solidarite.com/fr/collecte/appel-a-soutien-3-4-2-de-briancon

CategoryContributes Events News from the outside