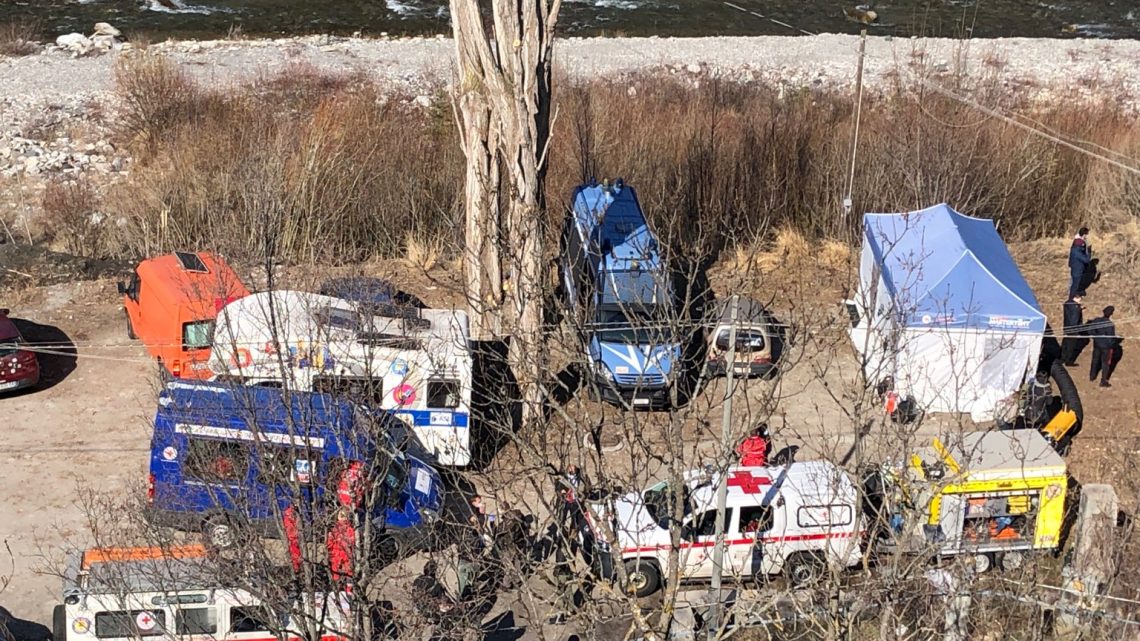 For a year now, the pandemic has disrupted the lives of billions of people, and in the dystopian world where the huge increase in surveillance and control systems is legitimised by the doctrine of war on the virus, where everything is illegal except going to work, the evictions do not stop.
Two and a half years after it opened, the Casa Cantoniera Occupata, the self-managed shelter in Oulx, was evicted.
Inside the House was full of people: the pandemic has never stopped those on the move without the privilege of having a place to stay.

Occupied in December 2018, it was a place created to give solidarity to people who wanted to cross the French-Italian border at the Montgenèvre Pass. A place of struggle and self-organisation, against all borders and military and political devices that seek to control and select.
A free refuge for all those who believe that the earth has no borders or masters, and that everyone should have the freedom to choose where and how to live. An occupation that has made active and daily solidarity its base, and that has tried to get in the way of those racist laws that make borders and their controllers a cursed and murderous line. A place that has supported a precise direction of struggle, that has indicated a practical tool to anyone who wanted to actively fight the segregationist policies of this murderous Europe.
In our Alps, people are forced to walk on high mountain paths, hiding only because they lack the ‘good’ piece of paper, while goods and tourists, for whom this border is invisible, pass by quietly. Just as in the forests in Croatia and Bosnia, where the police beat and steal, butchering people’s feet to make them stop walking. From the Tamarasset desert to the Aegean Sea and across the Mediterranean, where a conscious genocide is taking place, with prisons and patrol boats paid for by the European Union, where people continue to die while governments are busy blocking rescue boats and repressing all forms of solidarity. Part of this genocide is here, in our mountains, and continues from day to day.

The House was evacuated on Tuesday 23 March; they arrived at 7 am: the usual parade of police, carabinieri, digos. It took them over an hour and a half to get in.
More than 60 people, including many families with minors, were let out and taken away.
The contribution of the fire brigade was fundamental: they positioned the stairs to get in through the roof and helped the digos to break through the protective barricades that they could not open. The eviction also saw the collaboration of the Red Cross, which set up a tent in front of the House to make anti-covidium swabs.
The “undocumented” people and their families were taken to dormitories in Susa (in the nuns’ convent), Bardonecchia (at the Alveare association) and Oulx (at the Salesian refuge). Those without families were taken to the police station in Bardonecchia for identification and then let go.
Now, at the shelter of the Salesians in Oulx, nobody can enter if not “authorised”. Police and digos are very present and oppressive in the whole border area. In the village, a few trucks of celere are stationed. The mayor has expressly asked the citizens to report any ‘suspicious’ person wandering around Oulx to the police, after the much desired eviction.

The responsibility for this eviction is entirely political.

From the prefecture to the municipality of Oulx (the eviction was requested from the first day of occupation and the mayor Andrea Terzolo, elected almost two years ago, made us part of his election campaign). From the states, Italian and French, to their armed arms, various police and digos (political police). From Anas (the owner of dozens of houses abandoned for decades all over Italy – as well as the building in Oulx – which immediately filed a complaint against the occupants) to the petty national journalism, which has been busy defaming that place in every possible way. They all played an active role in criminalising this experience and making its closure materially possible.
And it makes us even angrier to know that Anas, which dragged 24 of us (plus the 13 comrades in solidarity present inside the house when the cops entered) into a trial for occupation that ironically began on the morning of the eviction, has put 100 houses for sale. There is talk of converting them into bars, restaurants and charging stations for electric cars. People will be happy to be free to travel wherever they want, to drink coffee and recharge their luxury cars on a road stained with the blood of those who have to walk at night, hiding from the beatings of the cops and from the clutches of a reception system that fattens many pockets on the skin of the people.
Now hundreds of thousands of euros will also arrive to the border municipalities for the “management of migrants”, a new merchandise. At least 600,000 euros to Bardonecchia, plus who knows how much money to the municipality of Claviere.

And on the other side of the explicitly repressive face, the ‘invisible’ responsibilities.
Even during the day of the eviction, Rainbow for a Africa, played its role as a good association providing shelter to the migrants thrown out of the terrible anarchic shelter: the same NGO that for three years has been working between Bardonecchia and Oulx to give an institutional response to “migratory flows”, trying to discourage departures by offering unreal solutions of a reception that is only a business; the same one that recently won a tender to make tampons in Turin and tries to find legitimacy even inside occupied spaces.
We know that organisations of this kind rely on volunteers who are only trying to help, and who do so with their hearts. But the functioning and the political choices made by this NGO have specific consequences, precise responsibilities, and we don’t agree, and we want to remember that. Moreover, the president, Paolo Narcisi, has always defamed us.
And in the same way we reject the falsehoods said by the archbishop of Turin, Nosiglia, that as the bishop of Susa some years ago, Confalonieri, who is now calling for Catholic solidarity,
Both men of that Church which on the one hand pretends to talk about help and solidarity and then applies itself to allowing evictions (the trial for the occupied Chez Jesus is going on now).

In conclusion: the eviction of the Casa Cantoniera is part of a global repression against freedom of movement, against places of solidarity and occupied spaces where people can organise in freedom. Everywhere in Europe spaces of struggle are under repressive attack by the states. The militarisation of borders and the normalisation of push backs and repatriations inside and outside European borders is fed by the increasingly racist and fascist sentiments in society and politics. Meanwhile, those who continue to provide solidarity to people on the move and refuse to enter into this racist and normative logic are constantly under attack.
On this frontier, numerous trials are underway for aiding and abetting illegal immigration (two major proceedings in the coming months on the French side). Many people are under investigation for initiatives, actions, occupations, marches on the border on both sides.
The repression against the people passing through is manifested in a visible increase in militarisation, in ever tighter violence, and now in controls even in the facilities where they are housed.
Yet people continue and will continue to pass through, because the desire and determination to decide where to live will never stop.

We would like to thank all those who have been in solidarity with this experience over the years, from the Susa Valley – which despite being forced to host this infamous border, but where we have found many friends and sisters who have shared this struggle with us – and from every corner of the world.
The need to rebuild real solidarity is great. Everything is needed, there is a need to reorganise. Another open assembly will be called, also in an attempt to give an answer to the ever increasing repression.
We are also looking for a collective vehicle, be it a van or a big car, to continue to be present on the border. If anyone has a (cheap) vehicle or useful materials, please write to us.

Every contribution is welcome.
Always against every border.
We will be back.
Some and some ennemies of borders