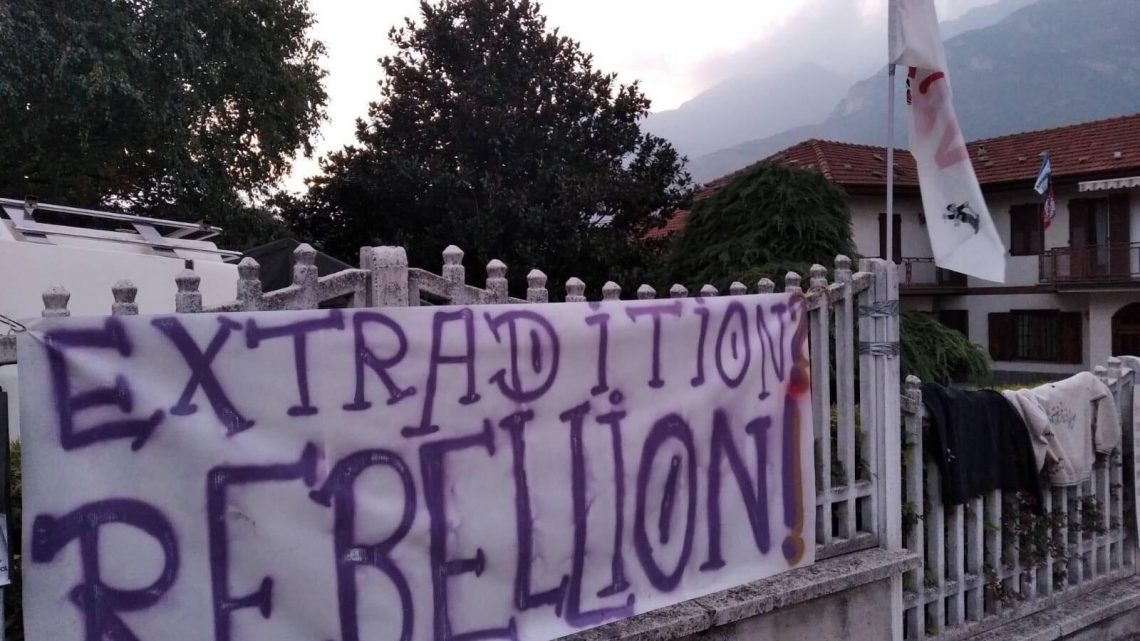 The permanent gathering at Emilio’s lives! Every evening, a shared dinner

Since a week, a permanent garrison has taken place in Bussoleno, at the home of Emilio, a historical comrade of the No Tav movement. Emilio is under house arrest pending the verdict of the Court of Cassation, which will rule on the decision of the Turin Court granting the extradition requested by the French courts by Saturday 16 October. The extradition request refers to the events that took place on 15 May 2021 during a demonstration against the borders between Claviere and Montgenèvre, as a result of which Emilio is accused of aggravated violence against a public official, a crime that could lead to several years in prison. If the decision is confirmed, Emilio will be deported to France by the Italian cops and Interpol to be tried in the court of Gap.
Therefore we invite all comrades to show solidarity with the permanent rally and to be close to him in this moment of tension and uncertainty. Bring drinks and food, lots of good food and instruments to play.
Every day from 8pm there will be a “bellavita” dinner (bring food and drink!) and for those who want to stay, there are places to sleep.

NO TO EXTRADITION
FREE EMILIO
AGAINST ALL BORDERS