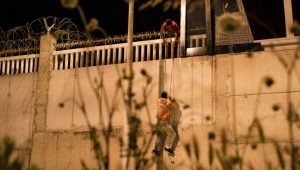 Walls, or how Poland joined the use of criminal methods for border protection