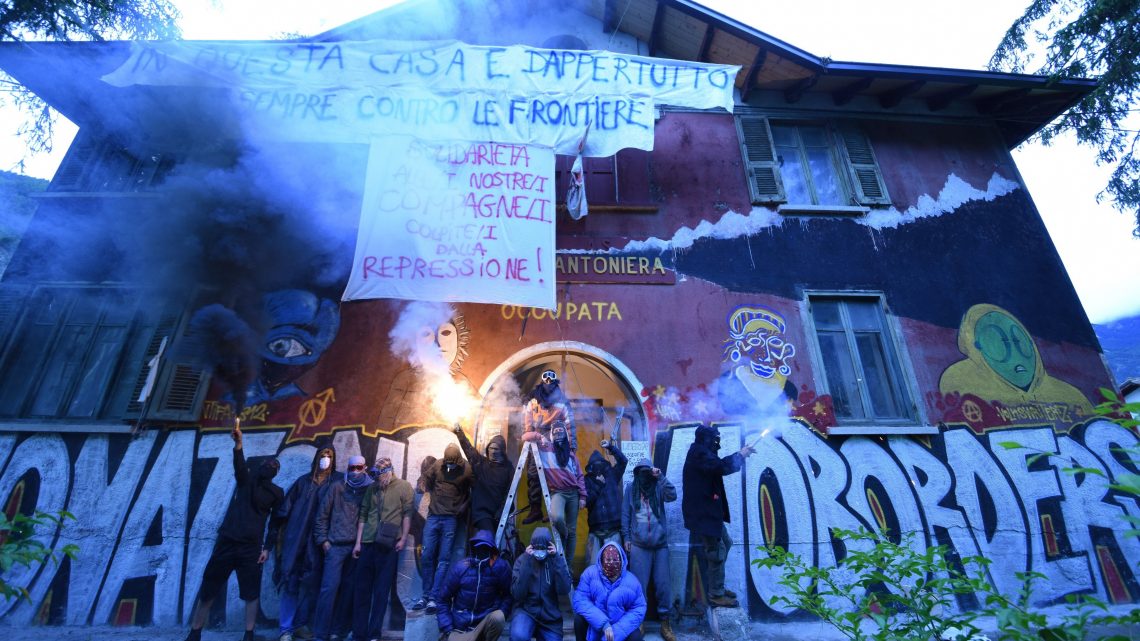 In the last days the struggle at the border faces yet another attack by the State which aims to drive out 17 comrades from the bordering municipalities of upper Val Susa, placing bans on the terrirotory in order to destroy the links between struggle and solidarity created in recent years.

Simultaneously, police control around the Casa Cantoniera has increased considerably. The Carabinieri patrol the village of Oulx every day and night, trying to interrupt the solidarity network created and like always, obstructing the road to freedom for those who do not have “adequate” documents.

In any case the police presence, COVID, and repression have not stopped people from challenging borders. Despite the externalization of European borders, the Balkan route is overflowing, and the Mediterranean again asserts itselfs as a place of passage. Futhermore, many people who return to Italy for the “sanatoria” are punctually checked by Italian cops and sometimes sent back to France. In the coming months, with the reopening of the borders, the Refuge will have an important position of solidarity for those who must cross these valleys.

The Casa Cantoniera – and the active fight against the States and their borders – needs support now more than ever. To every intimidation we respond as we always have, relaunching our solidarity even stronger, going beyond the dismal attempts of repression.

The shock wave we’ve created has already spread. The Chez Jesoulx shelter is, and will always remain, a self-managed space free of (and against) the economic machine of ‘welcoming’.

From now on, let us find ourselves numerous and determined to fight on. There are many things to do, from the constant presence at the border, to various project/works for the house. Don’t forget to bring your tools and the will to do it, the Refuge needs care! JOIN US

Those who fight may lost but those who don’t fight have already lost
Int the Casa Cantoniera and everywhere, always against borders!