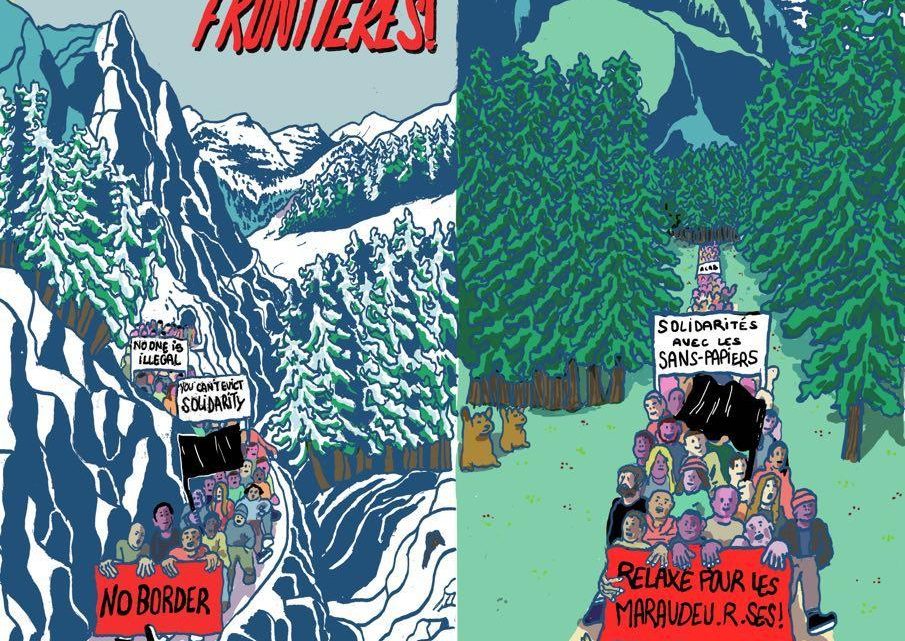 For more than 5 years now, the border between Clavière (it) and Montgenèvre (fr) has been the scene of numerous attempts to cross the border by people in exile as well as of a solidarity which tries by different means to show humanity in order to avoid too many tragedies. On the other hand, the state is constantly reinforcing its repression of all these people and continues to implement increasingly conservative policies.

For more than 5 years now, the border between Clavière (it) and Montgenèvre (fr) has been the scene of numerous attempts by people in exile to cross the border and of a solidarity that tries by different means to show humanity in order to avoid too many tragedies. On the other hand, the state is constantly reinforcing its repression of all these people and continues to implement increasingly conservative policies.

SOME RECENT NEWS
After the evacuation of the CESAI (shelter for people passing through the valley, which was located in Gap and opened in 2018) last August, it is now the turn of Oulx to suffer the wrath of systemic repression.
On 23 March, the Casa Cantoniera occupied since 2018 in Oulx (Italy) was evicted. Inside, more than sixty people, including several families. Despite the pandemic and the red zones, once again the state had no problem throwing people out onto the street, with the aim of destroying a reality of solidarity and weakening the fight at the border.

On the French side, the solidarity refuge that used to allow exiles to rest and recharge their batteries after their perilous crossing has been ordered to leave its current premises at the end of April without any rehousing solution.

The fascist group Génération Identitaire was dissolved on the morning of Wednesday 3 March during the Council of Ministers. This decision follows the announcements made by Darmanin (French Minister of the Interior) in January in reaction to an operation carried out by the group in the Pyrenees. A “progressive” marketing move for a government that has often shown itself to be very close to the identitarians. 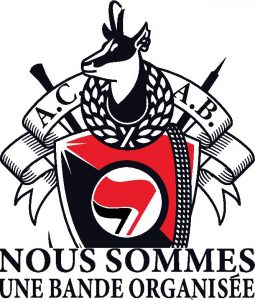 PASSAGE AND POLITICAL SITUATION IN THE VALLEY
For the past 5 years, the state has been hunting down those it considers undesirable and carrying out daily illegal refoulements in contravention of its own laws.
The police violence has been proven (https://www.bastamag.net/police-racket-violence-sur-mineur-detournement-de-fonds-publics-refugies-proces-PAF-Montgenevre), the endangerment of exiles who, once on French territory, try to escape arrest and the deadly chases as well (https://www.liberation.fr/france/2019/05/07/blessing-migrante-noyee-dans-la-durance-des-mois-de-silence-et-un-dossier-en-souffrance_1725550/).
These are no longer isolated police blunders, but a repetition of acts of violence and serious violations of fundamental rights that testify to a systemic racism at work on the French-Italian border, but also on the borders of Europe.
This policy of the French government has led to the death of 5 people in exile in Montgenèvre. Following the same repressive logic, several hundred people have already been injured and the security tone continues to rise, as illustrated by the doubling of the police force on the French side since November 2020.
That’s a lot of movement around this valley that has become emblematic of the border struggle. But despite the efforts of the comrades on the spot and the people who came to support the struggle, the situation at the border remains serious. This is what has been put forward for almost four years now by the people in solidarity from the Briançonnais and from Italy. However, the only response of the governments -whether French or Italian- remains criminalisation and repression, with the consequences that we know.
With these decisions, the government wants to make people believe that a fortress Europe is desirable and that it is worth more than human lives.
Thousands of dead bodies at Europe’s borders, violence and denial of rights at the internal borders of European countries do not seem to bother European governments. Yet no border has ever hindered the determination of people to migrate and the daily crossings between Clavière and Briançon prove it.

A SYSTEM THAT CREATES THIS MIGRATION
Beyond these political issues and their practical impacts, the overall situation of a world based on the inequalities that create this migration continues to grow and worsen.
From slavery to colonial monopolisation and subjugation; from the exploitation of resources and nature in the name of private interest and Western needs to the exploitation of human beings as labourers in this movement; from the export of this wealth to form the basis of the spectacle of Western practices that, as they spread, destroy step by step the autonomous capacities of different peoples and cultures; the movement towards Western-style growth and progress continues to create the conditions for people to migrate.

The creation of the contemporary border has a special role in this fable: it allows the sorting out of populations, of those who are not wanted, in contrast to goods which benefit from “free circulation”. The legal world, for its part, merely accompanies this macabre movement by setting up and defending the legal framework that allows such a system to continue. Whether it is through the laws that define the broad outlines of the machine, formerly colonial, currently capitalist, or through the repression of those who try to bring alternative practices and visions to life, its dynamic is always the same. It is materialised very concretely in the repression of the struggle against the border and its consequences which is taking place on the French-Italian border today.

TRIAL
For the past five years, thousands of solidarity workers and dozens of solidaire have been taking it in turns to provide help to people venturing into the snowy mountains. But their humane practices are threatened by heavy legal condemnations, as the State is pronouncing a policy of increasing the heavy injuries, traumas and deaths that the crossing of this border brings. In order to prevent these mountains from becoming graveyards, support mobilisations are needed. 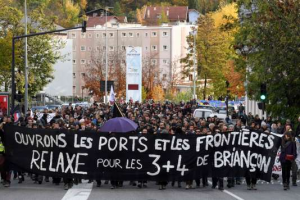 In this sense, the spring of 2021 will be marked by two political trials, once again criminalising solidarity with exiles and undocumented migrants.
On 22 April at the court of Gap, the trial of two solidarity activists in the first instance for “aiding the entry and circulation on national territory of people in an irregular situation”.
They were arrested on 19 November while helping an Afghan family on French territory.
On 27 May, the “7 of Briançon” will be appealed following their conviction on 13 December 2018.
They were sentenced in the first instance to up to four months in prison and eight months suspended for having participated in an anti-fascist demonstration on 22 April 2018 that pass the border walking.
This spontaneous demonstration aimed to denounce the action of the fascist group Génération Identitaire, present the day before at the Echelle pass (Hautes-Alpes), as well as the border and its militarisation which puts lives in danger.

REPRESSION COSTS AND THE STRUGGLE NEEDS COMRADES
Since 2018, trials and legal costs have multiplied, on the French side there are a total of twenty people who have been prosecuted, 13 of whom for aiding entry into the territory, the others for spurious reasons (contempt for an officer, etc.).
On the Italian side, there are many ongoing proceedings. More than twenty people are concerned by the investigation “against” the Casa Cantionera Occupata.
Since 2018, the need for emergency aid for the places where the exiles are housed, such as the occupied houses Chez Marcel in Briançon and Chez Roger (ex Cesai) in Gap, has been continuous and has generated a lot of costs
The struggle in the valley needs support more than ever, especially financially (material and logistical costs, anti-rep, etc.)

JOIN THE FIGHT AT THE FRENCH-ITALIAN BORDER
SHARE THE KITTY TO SUPPORT FINANCIALLY THE STRUGGLE
FOR AN END TO THE HUNT FOR EXILES EVERYWHERE
IN SOLIDARITY WITH ALL THE UNDOCUMENTED MIGRANTS AND THE ACCUSED SOLIDARITY WORKERS
AND WE ARE EXPECTING MANY OF YOU
22 APRIL IN GAP, 12 NOON IN FRONT OF THE COURT
27 MAY IN GRENOBLE, 2PM IN FRONT OF THE COURT 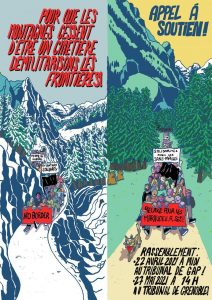