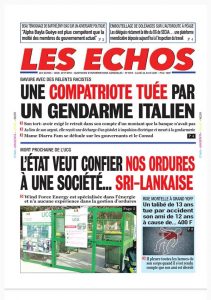 The invisible deaths of immigrants in Italy

The systematic deaths and violence suffered by immigrants in Italy often remain unknown. An emblematic example is what has happened in recent days.

On 25 April 2021, the Senegalese media spread the news of the death of Mame Dikone Samb in Italy. According to these articles, published in large print on the front pages of local newspapers, Mame Dikone Samb, 56, born in Ngor in Senegal and living for several years in Italy with her children in Castelli Calepio in the province of Bergamo, died following the intervention of the Carabinieri after an argument in the offices of a bank in Grumello del Monte (BG). 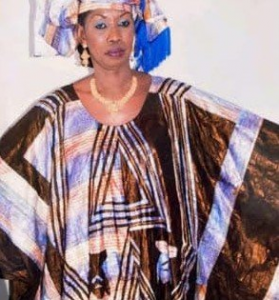 After being arrested by the police, who allegedly used a taser gun, the woman was taken to the barracks and later suffered a heart attack, which caused her death. This news started to circulate on 27 April on the social networks of the French-speaking community in Italy, without being reported in the Italian media. The first news in Italian was published by the website bufale.net, which hastened to point out some inconsistencies in the reports published in Senegal, strangely enough, however, devoting itself to dismantling an alleged hoax that had not yet had any circulation in the Italian media. It was only on 28 April that confirmation of this death arrived from Italian sources, through an article in Africa Rivista citing the statements of the Carabinieri of Grumello del Monte: Mame Dikone Samb actually died on 16 April 2021 in the hospital of Alzano Lombardo (from a ‘bilateral pulmonary thromboembolism’), where she had been taken after the Carabinieri had stopped her on 14 April in the bank, taken her to the barracks and called 118 for compulsory health treatment (TSO).

The article adds that ‘The version contrasts with what has appeared in the Senegalese press, which speaks of a heart attack caused by the use of a taser. The Senegalese journalist who reconstructed the story, Sakho Malick, told Africa that several witnesses had witnessed the scene. The woman’s family, who decided not to speak to the press, has nevertheless appointed a lawyer to clarify the matter. The lawyer has confirmed that an autopsy has been ordered and will be carried out at the San Gerardo Hospital in Monza. Lamine Diouf, Consul General of Senegal in Italy, is closely following the developments.

What we can say is that for more than two weeks no one in Italy has deigned to talk about this death, that witnesses and relatives of the victim have never been heard and on the contrary, as usual, have been delegitimised. That the news has only spread thanks to the protests of family members and the Senegalese media, that the first articles in Italy have focused on denying or minimizing what happened, that once again a tragic event occurred in an unclear context and involving the police is silenced and obscured.

That this is not the first time that compulsory medical treatment has been used as an instrument of repression against protesters. That measures to allow the use of Tasers in Italy continue to be deliberated, and it is still not at all clear where and how much these weapons are used.

And all this should be seen in the context of what happens every day in Italy and unfortunately involves immigrants. In the last week the umpteenth massacre at sea of at least 132 people bound for Italy who were deliberately left to drown for lack of rescue off the coast of Libya, the death of 26-year-old Tunisian Fares Shgater, after a police chase during the curfew in Livorno, the shooting in the street of three labourers in San Severo in the province of Foggia, with one person losing an eye, the umpteenth fire in the ghetto of the labourers of Borgo Mezzanone, the death of four labourers in Ragusa in one of the frequent road accidents of which rural workers are victims. 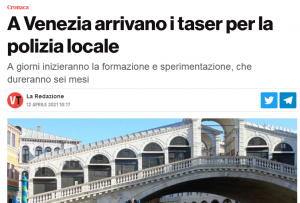 These are the logical consequences of the systematic violence of an apparatus of racist laws and institutional procedures, which we try to hide and mystify by passing them off as unfortunate tragedies, and erasing the struggles of immigrants who have long opposed all this, demanding freedom of movement, documents, housing, contracts, transport and an end to apartheid and state racism.