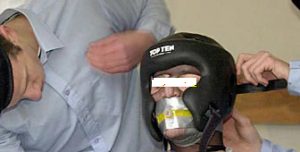 Contention and expulsion: gears in the society of exclusion

As we put the pieces together for this article, reality overcame the atrocities we were preparing to recount: Abdel Latif, a young man from Tunisia, was killed on 28 November, after three days in a state of mechanical restraint in Rome’s San Camillo hospital.
State racism is sprawling and Abdel Latif in Italy has seen segregation in a hotspot in Lampedusa, imprisonment on a quarantine ship, confinement in the Ponte Galeria expulsion centre in Rome, and restraint in the psychiatric ward of San Camillo.

Two of the imprisonments that led to Abdel Latif’s death have the Italian health system as a background, for the rest there are the actors of humanitarian reception.

The recent mobilisations against psychiatric restraint have suggested us some reflections and we have looked for information about the debate on mechanical restraint, a practice that the State declares it wants to abolish with a three-year course that should end in 2023.
It should be noted that in the same institutional documents the evaluations start from data and notes dating back to 2001 and how the same analyses lead to ‘recommendations’ and ‘suggestions’ that, since then and after 20 years, have had no practical effect: people continue to die in violence.

Every institutional document is forced to take into consideration the violation of individual freedoms, torture, the ineffectiveness in terms of improving health conditions and the worsening of the person subjected to mechanical restraint to the point of death. Protocols that start from the assumption that “it is not a sanitary act, nor a medical act, having no therapeutic, diagnostic or pain-relieving purpose”, confirm “the violent nature of psychiatric care” and the increase of social stigma for those who have difficulties, but nowadays there is no monitoring of these torture practices in psychiatric facilities (let alone in prisons, RSAs or CPRs).
Already in the past, a register was suggested, not imposed, to keep track of the reasons, modalities and timing behind each restraint.
It doesn’t take much imagination to believe that everything is done by physical violence, sedation and abandonment because the supporters of mechanical restraint believe that the danger to the safety of health workers and the lack of personnel are good reasons to torture and kill people.
Convictions that the institutions do not even have a way of comparing to other health facilities that do not use mechanical restraint because the discretion is immense and unchecked.

In the guidelines that the State declares it wants to adopt to overcome mechanical restraint, in addition to staff training, there is transparency and accessibility to the affections and family members of people detained in psychiatric facilities because part of the restraint consists in confinement.
Now, looking at the last person killed by restraint, probably this affective closeness would have been impossible anyway given the armoured borders.
We are certainly not the first to know that psychiatric control – through the forced, voluntary and involuntary administration of psychotropic drugs – affects the lives of people detained in deportation centres. [See also 1 or 2].

Detainees have always denounced the presence of psychotropic drugs in their food and the same drugs as the only “cure” proposed besides tachipirin: a brochure recently published by nocprtorino.noblogs.org summarises the current health management in CPRs and makes a clear reference to psychiatric control.
In the past, we have also reported about forced injections of psychotropic drugs in the CPR of Ponte Galeria and a lawsuit by the cooperative Auxilium led to the preventive seizure of the page that reported the article: but what other aspects of psychiatric control concern the violence to which immigrants are subjected?

Besides sedatives, mechanical restraint is used in deportation procedures in many European and non-European countries.
Plastic ties, scotch tape to bind hands, feet and mouths, helmets, belts, chairs with ties… a chilling inventory that has led to the death of several people, some known for later protests such as Semira Adamu – killed with a pillow over her face on an AirFrance flight while being deported from Belgium to Nigeria – and Jimmy Mubenga – suffocated on a UK deportation flight to Angola.

The mobilisations against mechanical restraint clearly describe the reformist tendency to hide psychiatric violence and the danger of its replacement by more pharmacological restraint in a country convinced that electroshock and asylums are a thing of the past.

While the Guarantor’s delegation that entered Ponte Galeria says it is willing to clarify the causes of Abdel Latif’s death and asks whether restraint leads to death, we believe that clarity is already there.
Everyone dies of ‘cardiac arrest’ but stigma and criminalisation drive one to isolation and in the absence of relationships one is subjected to any treatment.

We know, from the voices and stories of the people involved, that it is the same border control mechanisms and then the same institutional places of segregation and isolation (ships, hotspots, reception centres, CPR, psychiatric wards) that create the conditions for great psychological suffering. The stress of not being able to leave in order to improve one’s life, having to find thousands of euros to pay for a journey, with the responsibility of not disappointing family and friends and the hope of sending money home soon, the fear during a crossing where one risks one’s life and sees one’s companions die, all create immense suffering, the torture in the lagers, and on arrival in Italy, when you thought you had made it, other procedures made even more incomprehensible because in a different language, other jails and violence, in absolute isolation, as in the CPR where you can not even hear the voice of your loved ones by phone.

Attempts to protest against this inhuman system are often repressed using health reasons, labelling those who demand freedom as madmen to be subjected to compulsory health treatment and restraint.

There must be no silence in the face of yet another killing. 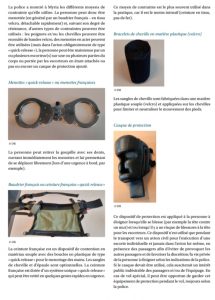