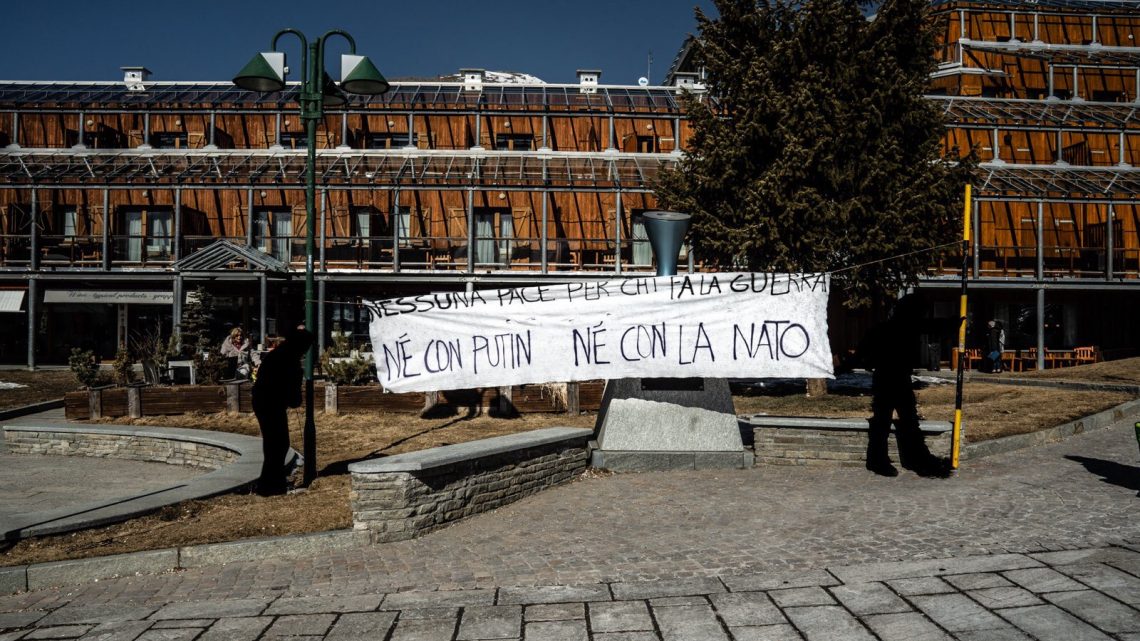 Against military exercises in Valsusa

We receive and publish

As war once again appears at Europe’s doorstep, as bombs rain down on the heads of thousands of people; while the umpteenth iron fist between opposing imperialisms is taking its toll,
the roads and mountains of the upper Valsusa, Sestriere and Val Chisone are literally occupied by NATO troops.
Italian, French and US soldiers, with their loads of weapons and heavy vehicles, are playing war, with total disregard for those who are suffering war, those who are dying in war.
For years, the “Volpe Bianca” (White Fox) exercises have been held in this period in our mountains, in between a ski race and an Alpine soldiers’ fanfare. 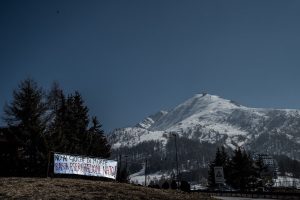 The deafening silence surrounding this obscene and macabre theatre is broken by a modest voice but very important to us. The streets and squares of Sestriere are filled with flyers and banners. Hairpin bends going up the hill have been coloured with writings refusing a welcome to these bearers of death and destruction. The rejection and boycott of war also starts here. 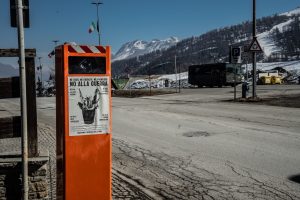 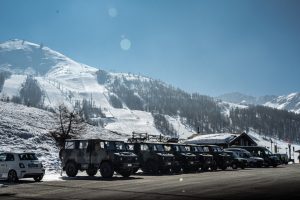 No peace for those who make war!
Get the murderous NATO out of our mountains!
No more games of death in Valsusa! 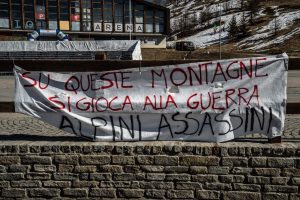 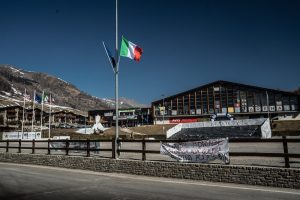