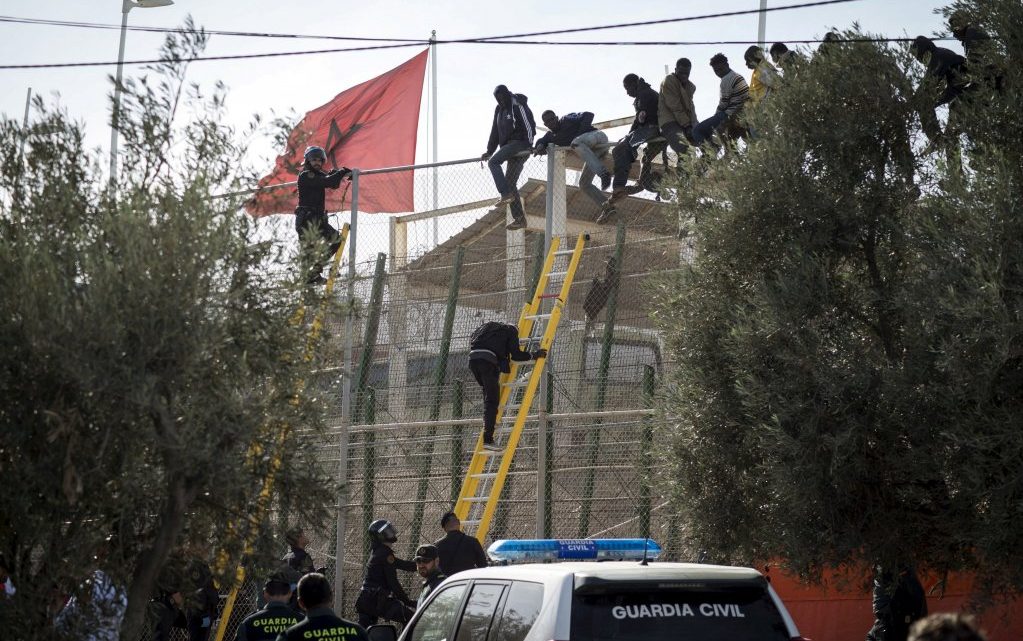 More money to divide and kill: how the EU made Morocco its ‘privileged partner

More money to divide and kill: how the EU made Morocco its ‘privileged partner
Almost 500 million euros: this is the sum that the European Union will pay to Morocco to ‘combat illegal immigration’. This is a further step forward in the collaboration between Europe and the Kingdom, which for years has been trying to ‘assert its leadership’ in the field of migration.
This is further proof of the rapprochement that is taking place between Morocco and the European Union (EU) in the field of migration. Brussels will pay the Kingdom the sum of €500 million ‘to strengthen its actions in the fight against illegal immigration’, Spanish daily El Pais reported on Monday 15 August.
The funds will be used to ‘consolidate the new cooperation mechanisms between the EU and Morocco, in particular support for border management, strengthening police cooperation (including joint investigations) and raising awareness of the dangers of illegal immigration’.
Part of the amount will also be dedicated to the ‘development of integration and protection policies for refugees in Morocco’, as well as to the ‘fight against mafias’, reports the Moroccan website Médias24.
The 500 million euros of aid announced far exceeds the 343 million euros previously received by Morocco, reports El Pais.

This commitment concludes a cycle of meetings and mutual rapprochements that have taken place in recent months between the EU and Morocco. On 8 July, European Commissioner for Home Affairs Ylva Johansson and Spanish Interior Minister Fernando Grande-Marlaska met with Moroccan Interior Minister Abdelouafi Laftit in Rabat. Together, they launched ‘a renewed partnership in the field of migration and the fight against human trafficking networks’, according to a European Commission press release. This covers the same prerogatives as the financial aid decided in recent days.

In March, European Commissioner for Neighbourhood and Enlargement Oliver Varhelyi laid the foundation for this enhanced cooperation from Rabat. “We are very grateful for the hard and persistent work done by Morocco, which must continue. And we are ready to help facilitate this work, because we are convinced that irregular migration is a source of instability and vulnerability for the region,” assured Moroccan Foreign Minister Nasser Bourita.
He even said he wanted to ‘expand this cooperation’, with ‘greater financial means than in the past’.

Migrants as a means of pressure
For Europe, the objective is clear: ‘To tackle human trafficking networks together, especially following the emergence of new, extremely violent operating methods adopted by these criminal networks’, reads the European Commission’s press release, which sees Rabat as ‘a strategic and committed […] partner in the field of migration’, ‘loyal and reliable’.
After it just killed dozens of people in the last attempt to enter Melilla in June, and is now sentencing dozens more to years in jail, accused of trying to cross the border that same day. These are the partners the EU wants.
However, the EU’s enthusiasm for Morocco was dampened in May 2021, after more than 10,000 migrants crossed the Spanish enclave of Ceuta on 17 and 18 May. The cause? Diplomatic tensions between Madrid and Rabat over Spain’s reception in late April of the leader of the Sahrawi independence movement Polisario Front, Brahim Ghali, for medical treatment. The EU then suspended financial aid to Morocco, which had just been disbursed and was to last until 2027. ‘Nobody can blackmail Europe,’ said Margaritis Schinas, Vice-President of the European Commission.

A little over a year later, the dramas of the Moroccan migration routes to Europe seem to have changed the situation. The migratory pressure at the borders of Ceuta and Melilla and at sea has prompted the EU to evolve its relations with Morocco, which has an interest in doing so.
‘Europe and Morocco have been trying to find common ground for a long time. But Morocco has long resisted European proposals, not wanting to be ‘hostage’ to a multilateral agreement on these issues and damage its image with African countries, to which it is trying to get closer,’ Catherine Withol de Wenden, CNRS research director and specialist in international migration, explained to InfoMigrants. But today, on the contrary, the Kingdom ‘is taking advantage of its geographical position to increase the pressure on the European side and establish its leadership on this issue’, says the specialist.
The strategy of the EU’s recent ‘privileged partner’ also works on its members. On 19 March, for the first time, Madrid publicly supported Rabat’s position on the issue of Western Sahara. And this, despite the fact that the country has always supported neutrality between Rabat and the Polisario. “By backtracking on the Western Sahara issue, Spain has shown its weakness. It no longer wants to fight with Morocco, because the consequences, as we know, are very unpleasant,’ Brahim Oumansour, a researcher at IRIS (Institute of International and Strategic Relations), specialising in the Arab world, confirmed to InfoMigrants.
Within the borders of Morocco, whose migration policy is much praised by the EU, there is endless violence against migrants, whether undocumented or asylum seekers. Repression of exiles is favoured by the authorities, instead of a dignified reception. On Wednesday 17 August, a group of 28 migrants will stand trial in Nador, in the north-east of the country, for attempting to cross the high fences separating Melilla from Moroccan territory, together with 1,500 other people. The defendants are mostly from Chad and Sudan, two of the poorest countries in the world.