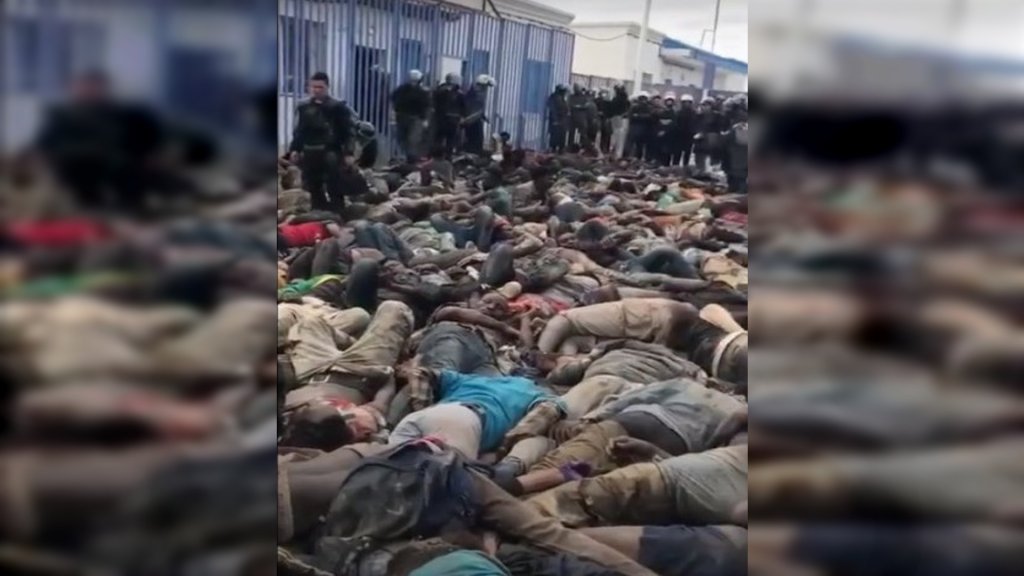 More repression at the Morocco-Spain border. After dozens of deaths, now sentences for those who tried to cross the border en masse

A group of 13 migrants who tried to enter the Spanish enclave of Melilla on 24 June was sentenced on Wednesday to two and a half years in prison by a Moroccan court. The defendants’ lawyer was unable to specify the nature of the charges.
On 19 July, 33 other migrants had already been sentenced.

They hoped for a better life in Spain. Thirteen African migrants who tried to enter the Spanish enclave of Melilla were sentenced on Wednesday 17 August by a Moroccan court to two and a half years in prison, according to their lawyer Khalid Ameza.

The latter, interviewed by AFP, was unable to specify the nature of the charges against his clients.

The Moroccan Association for Human Rights (AMDH) reacted by stating that ‘these are very harsh sentences against asylum seekers who only came to Morocco to escape war and persecution’, adding that these people come from Sudan, South Sudan and Chad.

The convicts appeared before the criminal chamber of first instance of the court in Nador, a Moroccan city bordering the enclave in northern Morocco. They intend to appeal.

They were among the 2,000 exiles who on 24 June tried to force their way into the Spanish city, the only European Union (EU) land border in Africa, along with Ceuta. The tragedy resulted in the death of 23 migrants, according to the Moroccan authorities – 27, according to the AMDH.

Amateur footage shot that day showed piles of inert bodies lying on the ground, the faces of the suffering migrants, and the baton blows inflicted by Moroccan security forces on the men already on the ground.

A few hours after the events, the UN and Spain called for an independent investigation. The same ones that fund the Moroccan police force….

Following this tragedy, Morocco launched a fact-finding mission. Led by the National Council for Human Rights (CNDH), it concluded that the 23 victims died of asphyxiation. Once the investigation was completed, Morocco hastened to bring the exiles to justice.

On 19 July, the same court in Nador sentenced 33 African migrants to 11 months imprisonment each for ‘illegal entry’ into Morocco, ‘violence against the police’, ‘armed assembly’ and ‘refusal to comply’. “In the meantime, the government has decided to appeal against this decision, which is very severe in light of the elements of the case and the circumstances of the facts.

For these convicted migrants – mostly Sudanese – Morocco is a transit country on the road to Europe. Waiting to cross the Spanish border, many survive in the forests around Gourougou, near the border with Melilla, and in the woods around Bekoya and Lakhmis Akdim. Living conditions are dire and clashes with the police occur regularly. 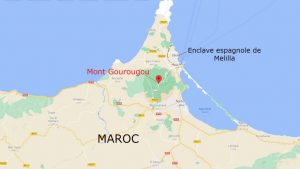 On 18 June, a few days before the Melilla tragedy, unprecedented violence broke out between the authorities and the occupiers in this area.

Five days later, the police conducted a sweeping investigation in the area: 14 migrants were arrested. They were brought to court on 4 August and sentenced to eight months in prison for ‘belonging to a criminal gang of illegal migrants’ in Morocco, ‘insulting the police in the performance of their duties’ and ‘disobedience’.

Repression against migrants in Morocco is total: murder, torture, rape; now, judicial repression. Years in jail for those who survived the massacre in Melilla on 24 June.
And the EU has just announced an increase in funds to its overseas partner. Continuous violence, already normalised.