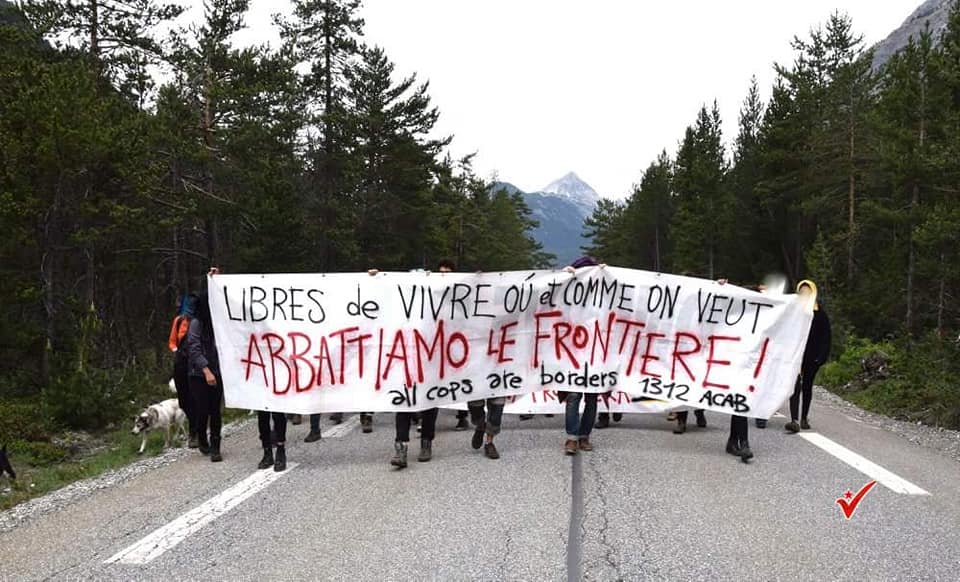 Il passamontagna – sort of hat used to defend against the cold,
it is also used by those who want to protect their identity.

This website aims at sharing thinkings, experiences and practices of struggle against the borders and States that need it.

The system of border control is much more than an imaginary line. It is a system of control that selects and divides, that opens and closes according to economic and political interests. A system, which allows commodities and capital to flow freely and which blocks and pushes back those who are not considered “useful”.
The border is closed for undesirables. But open for those who bring capital and commodities.
On these mountains, those who do not possess the “right” papers are chased by police on the paths, forced out of trains and busses, prevented from deciding freely how and where to live.
Violence and repression practices on the border are only one among the means of intimidation, aimed at fostering individual and collective submission to a system created by the State itself.
In a moment when Europe is progressively more closed and controlled, where borders are visible in every raid, every detention centre, every ship stuck at sea, every working field, every tool of surveillance and with neo-fascists taking more space, we feel the need to organize and reflect together.

Against all States and borders, let’s organize ourselves!