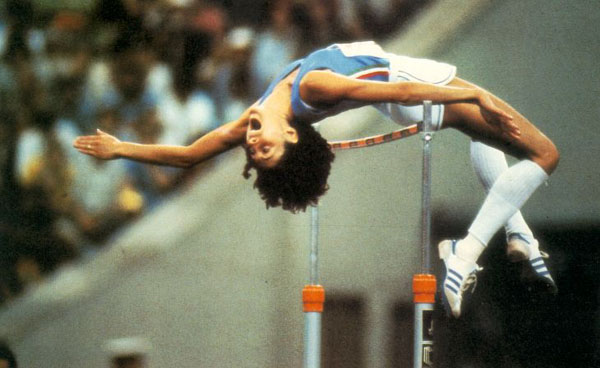 The states are taking the level up a notch.

On the occasion of the trial of three companions*, accused of “threatening the property of a representative of the publicauthority”, for having sung a chorus,

we try to put together a few ideas and make some considerations.

The summer begins with the arrest of two solidaires at the PAF (Border Police). During the arrest, a search was carried out at the domicile of one of the two. There does not seem to be any real reasons, and no prosecuted is reported at the moment. Just another episode of police fury against the solidarity./p>

In the same evening the guards, in Briancon, tried to enter the private land where some comrades slept in their vans. Is quickly becomes clear that they have no mandate of any kind, and they are warmly invited to leave. A companion is accused of insult to a public officer. She was tried on the 17th of November and sentenced to pay 270 for moral damages and a fine of 1200 euros.

In the meantime, summonses and detentions for the demonstration of February 20, 2019 had already been taken. Three comrades are
stopped, one after the other, with a search warrant. The guards seem more interested in who “organized” the demonstration than in the specific facts: they were tried on Thursday, October 17; the PM requires 4 months of probation and 3000 euros of fine for moral damages. For a choir (” Jerome Boni, chef de la PAF, on va tout casser chez toi – Jerome Boni, head of the Border Police, we will break everything at your house “).

One of these three comrades was arrested during the demonstrationat Montgenèvre on 20 April (see press release). As a result of this
initiative, four convocations and two detentions (GAV) were taken. They are accused of blocking, face-hiding and resistance in group, but even in this case, it seems that the interest is elsewhere: who organized the manif, how, why.
On October 2, instead, the trial of K. took place, a comrade accusedof aiding illegal immigration because he was stopped withpeople without a good piece of paper in the car in the border area; the PM asks for 4 months of sentence (with conditional). The sentence will be on the 23 of October.[we now know that the sentence is of two months with conditional]

The day after the sentence, that is the 24th, another supportive, P., will be tried with the same charge: we can bet that the requests will
be the same.[and…yes it was!three moths with conditional]

The last episode dates back to the 27th of September, when an Italian comrade was arrested in the vineyards in France while he was working and taken to the police station. He was questioned about the demonstration of September 22, 2018 in Montgenèvre, on the occasion of the camping Passamontagna. He is charged with the crime of unauthorized demonstration and resistance. Strange that for this reason the French police go and pick him up directly from the vineyards. Here, too, the questions concerned the alleged “organizers” of the day. It is clear that his
name was passed directly from the Italian Digos [italian political police] to the French guards.

It seems that this collaboration is taking on increasingly tighter and more defined contours, also with regard to the dynamics and logistics of the pushback on the border. For a few months now, the Italian police have been picking up pushed back people directly from the PAF offices, something that has never happened before.

On the third floor of the Briancon gendarmerie is the office dedicated to border “issues”. With posters and stickers attributed to the movement attached to the walls behind the desks, like in an American-style murder investigation.

Would there be a wider open investigation? Maybe. Probably.

At the same time, it is clear that this continuousfury is part of a strategy that seeks to create as much discomfort as possible for people in solidarity who move around this frontier.

This strategy goes hand in hand with the logic of control and repression of the people who continue to try to cross the border of Montgenèvre, fleeing from conditions and prospects of life devastated by those same states that the police apparatus protects.

It is not a question of completely blocking either the solidarity activities at the border or the passage of people, but of creating conditions in which the former pay more and more for their actions, and the latter are systematically recorded, beaten and harassed so that it is clear what their condition is and will be wherever they go. Defined and treated as “excess humanity” by the same political and economic system that needs them to be blackmailable and terrorized, and that keeps them under constant threat thanks to pieces of paper called documents.

Let’s try to widen the perspective a little further. During the last year, the French State has implemented a very strong repression on the Gilets Jaunes movement, strong both in terms of the number of people arrested and tried and the weight of the sentences.

These events have in some way re-actualized the awareness that the repression aims at sanctionng any expression of political opposition, and try to recuperate them in the most easily defusable parts and peaceful. It is the practice of dissociation that makes it possible to to measure this skilful balance: it consists in separating on a mediatical place protests consideredn”democratic”, and the ones that are not.

It is true, the spaces of dissonance tolerated by this democracy tend to shrink more and more, and these days, from simple slogans or participation in an unauthorized demonstration may lead to court proceedings. Nothing new under the sun Finally: when the state feels threatened (or too powerful), it tries to tighten social and political control using “security” rhetorics./p>

The French state does not yet have the experience of the Italian state in terms of the criminal setting up of the famous “organised gangs”. But he is beginning to experiment( this can be understood by having a look at what’s happening in Bure) In the same way, it is experimenting with the new legitimate areas of repression that it has appropriated for itself by enacting the most recent laws; such as the “lois anti-casseur”

The states are taking the level up a notch.
We must not try to lower it, but to blow up the barometer. At leastthat’s the idea.