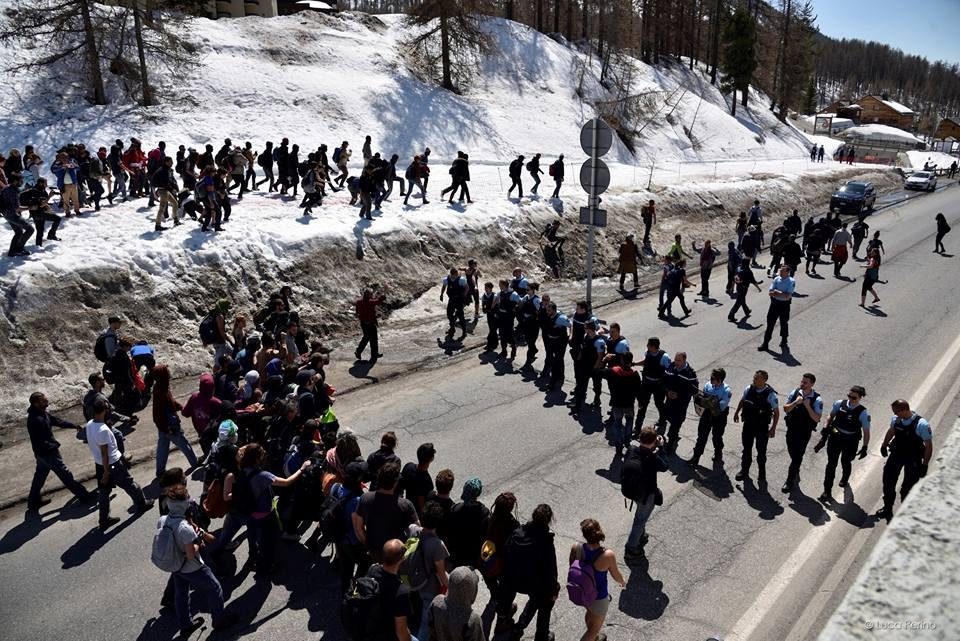 We remember 22 April with a smile. (Despite the arrests), it was a heartwarming day.
We are even happier to know that at the trial on 9 September, they were all acquitted

We have received and published the press release of the support committee. 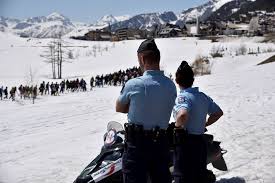 Here we are, 3 years and 4 months later, almost 1240 days to wait, some 40 000 euros spent in the judicial belly, shouting, hugs… All that for this. An anti-fascist march, border police, magistrates, a sub-prefect, orders,
arrests, a beating, incarcerations, exiles, blue jackets chasing them… Mountains, passes, snow, drones, camouflage suits, more arrests, a refuge, a meal, a night, a train… smiles, a football game, tears, a fight…
smiles, a game of football, tears, one more argument… A phone call, checks, blows, screams, frozen feet, an ambulance, a few glances… A night, a manhunt, lamps, weapons, a river, a submerged body… A complaint, a dismissal, a complaint, no case, lies.
A complaint, a dismissal, lies, many lies… A speech, two ministers, a circular… An election, a move, fatigue, much fatigue… too much.

So here we are. On September 9, 2021, a judicial decision, one more. So much time wasted, so much energy vanished. All that for this…
Thank you to the marauders, who work tirelessly to make solidarity exist in the Briançonnais. For as long as we have been waiting for the verdict, hundreds of solidarity workers continue to criss-cross the passes and border posts so that no one dies up there.

Because no, our mountains will not become a cemetery.
This winter is going to be even more difficult, a battered Afghanistan can only push women, men and children on the roads to exile. We will do our best to be on the road with them.
Whatever the State (la République) may say, we are in the camp of solidarity, they have chosen the camp of tragedy and death.

We, the support committee of the 3+4, would like to welcome this judicial decision which strikes a blow at the repressive policies against solidarity workers at work in the Briançonnais or elsewhere. It is indeed a political victory because we have just obtained a general acquittal regarding the crime of solidarity after more than three years of legal battle.
three years of legal battle.
But despite this victory, we will remain vigilant for the coming winters. Indeed, the militarisation of the border is leading and will lead to new prosecutions of marauders and other solidarity people.
Let’s be clear, we will systematically fight back.

Half and half. We, the 3+4 support committee, remind the state that the strategy of division will not prevent us from remaining united in the face of the repression that is hitting one of our comrades. Mathieu, who was sentenced this day for rebellion, to 4 months suspended prison sentence, was in reality a victim of police violence. He will go all the way to break the omerta that surrounds state violence. We recall that a complaint with civil party constitution was filed for the facts of violence of which he was victim on April 22, 2018 by 7 police officers (sprained neck with ten days of ITT following a strangulation key and a beating on the terrace of a café). The investigation has just been opened in July 2021.

But above all, we would like to thank all those who have accompanied us during these long months in the various mobilisations organised, by their financial support and their messages of sympathy. They have made us live here in our valleys, which was a victory for us…
The Solidarity!