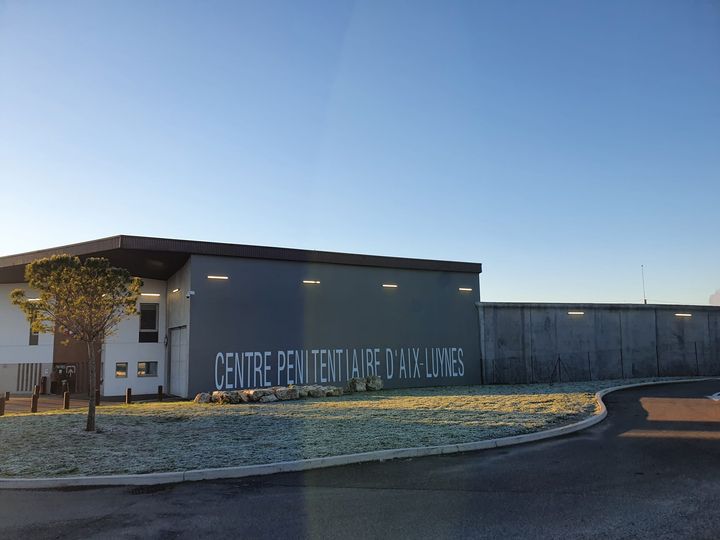 AN ALL-NIGHT JOURNEY TO SEE EMILIO

Published on Emilio Libero – Comitato di solidarietà
From the small town of Bussoleno to the prison in Aix-Luynes there are more than 300 km across the mountains, beyond the border between Claviere and Montgenèvre. An all-night journey to get to the meeting with Emilio Scalzo, which was set for 7.30 a.m. on 12 January.
Emilio’s wife Marinella had been waiting 45 days for this visit. In recent weeks she has not even been allowed a phone call. As far as Emilio was concerned, his only contact with the outside world (apart from the many letters he received from friends and comrades) was through his French lawyer, with whom he was only able to have one meeting.
Emilio was arrested at his home in early December 2021 and in a very short time was extradited to France, handed over to the French judiciary and taken to prison. A very exceptional situation: Emilio is not in prison to serve a sentence but simply as a preventive measure, serving a sentence for which he has not even been convicted.
Since the beginning of September, when Emilio was literally caught by the police outside his home in Bussoleno, there has been a real legal furore arround his case. So much so that, in order to bring Emilio to France, the magistrates of the Gap tribunal have also invoked the so-called EAW, the European Arrest Warrant, an EU law that simplifies the arrest and extradition of suspects, to the point that European states can no longer even oppose the request, but only consent to it.
In this case, the arrest is linked to a recent demonstration on the border between France and Italy, between Claviere and Montgenèvre, along the paths that thousands of migrants have been crossing on foot for years. The French gendarmes – the same ones who turn away people trying to cross the border every night – set off tear gas and stun grenades against the demonstrators. Emilio had remained on the sidelines, but despite this he was nevertheless targeted by a gendarme in riot gear, and months later he was charged with assault on a public official.
As the events took place on French territory and concerned French police forces, the prosecution invoked the EAW to put Emilio on trial. The EAW has been around for several years, but before now it had never been used as a preventive measure. In this case, however, Emilio finds himself in prison waiting for his trial to begin, a situation which his lawyers claim is absolutely unprecedented.
So how is Emilio doing, after these 45 days of imprisonment? At the end of the visit, Marinella told the friends and family members who had accompanied her that Emilio was doing well: he was in a great mood, and thanked all the people who had sent him letters and affection. Despite his linguistic difficulties, he is integrating well with the other prisoners, and the younger ones even call him “tonton Emilio”, uncle Emilio.
In the meantime, the lawyer who is following the trial in France has lodged an appeal to have his detention in prison suspended and replaced by some form of house arrest, which would allow him to have more continuity in his relationship with his family during his imprisonment in France.
But even if he remains in prison in Aix-Luynes, Emilio will not be alone. While the conversation between Emilio and Marinella was taking place, we were joined outside the prison walls by Hélène le Cacheux, a militant of La France Insoumise, Jean-Luc Mélenchon’s party, which had previously taken an interest in Emilio’s case. Le Cacheux came to find out more first-hand, and to lay the foundations of a support network that could support him, his family, and all those who are mobilising against this unjust and oppressive imprisonment. A precious support now more than ever.