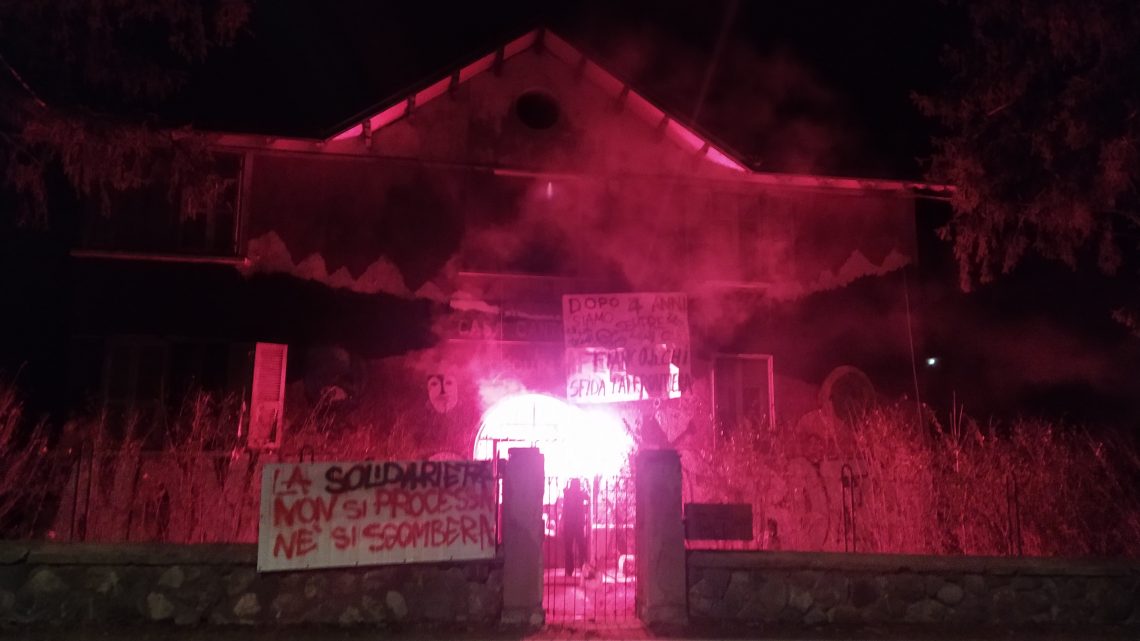 One year after the eviction of the Casa Cantoniera Occupata

4 years have passed since the occupation of Chez Jesus in Claviere, in march 2018, and one year since the eviction of the Casa Cantoniera in Oulx.  Thousands of people have passed through these self-managed spaces, and there are endless stories that could be remembered and told.  In these 4 years a lot has changed: we have changed, the struggle has changed, solidarity has changed.
What has remained, and has been strengthened, is the frontier with its apparatus of control and persecution, which  continues to reject and kill.  The mountains are still invaded by increasingly better equipped French cops, who patrol the paths day and night chasing those who try to get to France.  While goods and tourists are free and encouraged to pass through these ski and golf resorts, musafirs (people on the move) are chased, deported and murdered by the Italian and French states, and by their mercenary guards paid to defend their borders and interests. 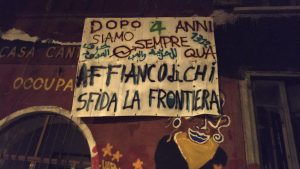 In Italy, the repression of self-managed solidarity continues.  On 23 March the process, which started in January, for the occupation of the first two refuges in the upper Susa valley resumed.  17 comrades are investigated and more than 170 people are cited in the trial, “guilty” of having fought against the border, and sympathizing with the people on the move passing through this valley.  Our comrade Emilio, after having been in prison in Italy and France, is still in Aix en Provence, with the obligation of residence and weekly signatures, without even having started the trial.
Now in Oulx the institutions are advocating a sterile, welfare and hierarchical solidarity that recently held a round table with mayors of the valley, European representatives, Red Cross, volunteers, refuge operators and church representatives to discuss the problems of the Rifugio Massi and the border.  The situation of those who struggle to cross this and other borders continues to be analyzed from an economical point of view.  The problem, as has been told by the majority of the partecipant to this meeting, is the absence of the state and the lack of funds.  When, on the other hand, the state manifests itself in all its military apparatus deployed throughout the valley, from the TAV construction sites to the border, from rejections to Montgenevre and Frejus to the trials (no tav and no border), from the cpr (temporary detention center for reipatriation to the financing of the various reception centers.
People are reduced to pawns, to passive subjects to be saved from a supposed humanitarian emergency around which, only in Oulx, hundreds of thousands of euros have already turned.
We continue to organize ourselves with those who have been forced to travel as “illegal travellers” for years, because they do not have the document required by the European States that produces racist and murderous policies.
We continue to fight in these mountains alongside those who try to pierce this damned border.
Every day we meet dozens of people determined to continue their journey, who remind us what are the consequences of this inequality and the daily practices of resistance.
Every day in Val Susa as in many other borders we continue to fight so that everyone is free to choose where and how to live, to move where and how they want.
We call for widespread actions of rebellion against states and their borders, for the liberation and re-appropriation of disused spaces, for massive organization with all the people passing through. 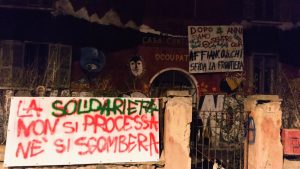 Accomplices and in solidarity with all comrades who continue to fight and defend self-managed spaces.
From Chez Jesus to viale Corsica
From Briançon to Calais
Always against borders