On 15 May, the referendum on the financing of Frontex was held in Switzerland.

Without any surprises, it was confirmed that the Swiss Confederation will participate in the project to strengthen Frontex, the European border and coast guard agency that tries to control and manage migration flows in the Schengen area. This reinforcement foresees that the Swiss financial contribution will increase from CHF 24 million to CHF 61 million by 2027. In addition to the increase in the financial contribution, an increase in the number of personnel made available by Switzerland is also planned: by 2027, the number of agents will rise from the current average of about six full-time positions to a maximum of about 40 posts. 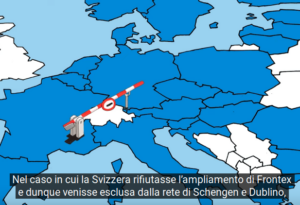 The referendum had been launched by some migrant protection organisations. But polls had immediately shown that the majority of the socialist and green electorate was in favour of strengthening Frontex. Various NGOs did not take a position on the referendum: Amnesty International and OSAR (Swiss Organisation for Refugee Aid) left their votes free.

Rather than support for Frontex, a question of principle was raised in the public debate, namely Schengen membership, and the fight against crime and illegal immigration were two central issues. The bogeyman of the reintroduction of border controls and the interruption of European cooperation between the police forces of individual states was waved.

The war in Ukraine also played a certain role. The situation compacted the pro-European ranks and it was feared that a Swiss rejection of Frontex could be seen as an affront to Brussels.

The election strategy aimed to deflect attention away from the European agency, which was involved in an investigation into refoulements that recently led to the resignation of its director (read also Spotless and Fearless. On the Resignation of the Frontex Director). In addition, the reception of Ukrainian refugees was intended to reconfirm the image of a country with a humane and generous asylum policy.

We have long been aware of the murderous rejections at the Schengen border operated by the European Border and Coast Guard Agency Frontex and of the responsibilities of the European Commission, which, on the one hand, where possible, externalises and invisibilises the borders, tying itself in knots with partnerships with third countries, and on the other hand, invests and implements the human and material resources necessary for patrolling, militarisation and direct incarceration on the territory (read also Narrow Horizons. About Horizon Europe, Nestor and border control).

The hypocrisy of those who speak of the ‘opportunity’, from their position as a direct participant in the Frontex project, to oversee its operations or the ‘chance’ of Leggeri’s resignation to reform the agency from within is not surprising. To justify one’s stances in favour of one’s privileged ‘freedom of movement’, one’s precarious economic well-being and the artificial sense of security provided by repression, one had to cloak capitalist egoism in the colours of human rights. 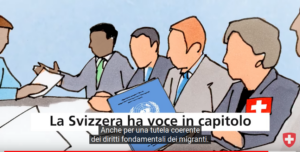 In times of war such as these, during which states resort to the most devastating and traditional weaponry, to the most boastful and bombastic bellicose propaganda, and strengthen and entrench themselves behind militarist alliances, it becomes imperative to attempt to shed light and drop the masks. No referendum, no change of management and no appeal to human rights will change the reality of borders erected to defend inequalities and exclusion.