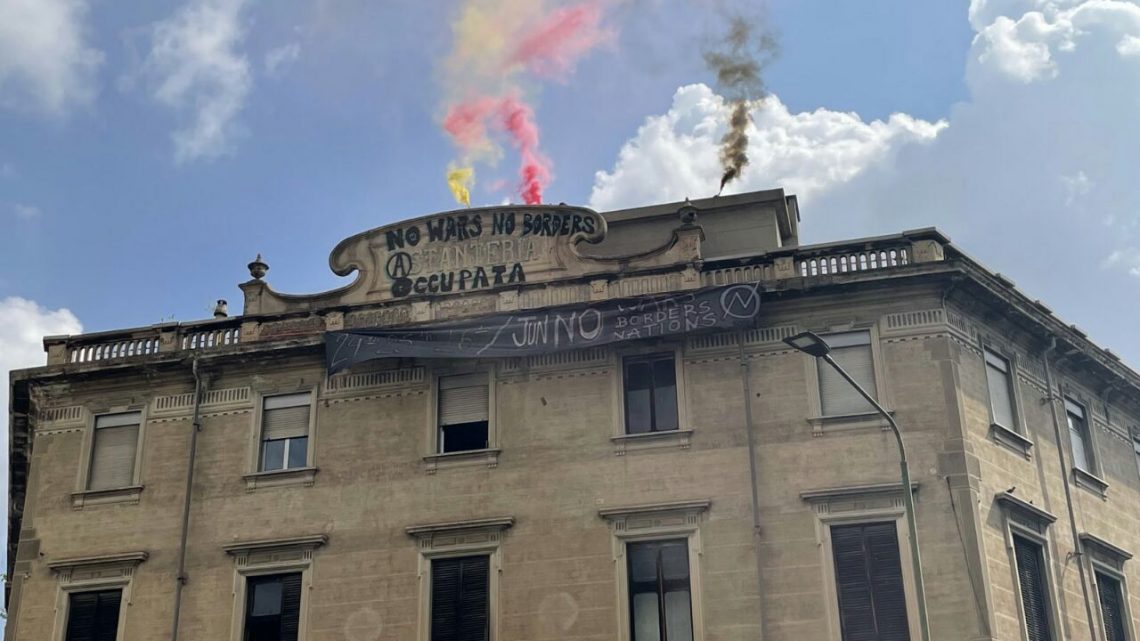 OCCUPIED “ASTANTERIA” FOR THE MOBILIZATION AGAINST WARS AND BORDERS

This morning we occupied the Astanteria in Via Cuneo 32/a Torino for the mobilisation of three days against war and borders.

The neighbourhood, the streets around the place chosen to organise this three-day event, is not random. The history of this area is a history created by violence, marked by a low-intensity war on the poor and exploited of all stripes; but it also tells a story of struggles, of attempts at resistance and organisation against the brutality of the present situation.
The requalification of the area was carried out as a major social cleansing operation. It starts from the city centre and continues into the area around Porta Palazzo, Aurora and Barriera di Milano. The image and marketing of the city’s landscape turn out to be fundamental to its own enhancement: just as the ousting of undesirables and the implementation of control tools turn out to be fundamental. The presence of a Deportation Centre (CPR in Italian) in the city and the struggle against this facility, and in general, the entire system of administrative detention, was connected to what was, and still is, life in these streets that surround us. A struggle, like those against all prisons, that has to start from the neighbourly relationships around us, in the neighbourhoods where we live and organise. This also motivates us to squat here and to keep the struggle ongoing through this three-day event both in this specific neighbourhood as elsewhere in the city.
The space that we have decided to occupy, which has been empty for more than 30 years, highlights the various levels of mystification of the projects going on in this area of the city. The place in question is the subject of interest of the PNRR, funds managed by the Piedmont Region and will be used to host, by the year 2026, 2 Community Homes, 2 Community Hospitals and 3 Operations Centres. Exactly against the principle of decentralisation, which besides being a prerogative of these funds is also what this neighbourhood needs. The area is one of the largest and most densely populated areas of Turin and remains without preventive and health care services that are territorial and accessible to those who actually live in these areas.

The determination that led us to organise these three days does not end with the desire to contaminate and connect struggles against war, borders and repression. The intention is to open a breach in the everyday life and against the social immobility around us, with a look at the present and future possibilities of action, to be able to face readily and with more tools the complexities of a world so fragmented and unjust before our eyes, and to unhinge a mechanism of impotence that is undoubtedly imposing but perhaps, not so invincible after all.