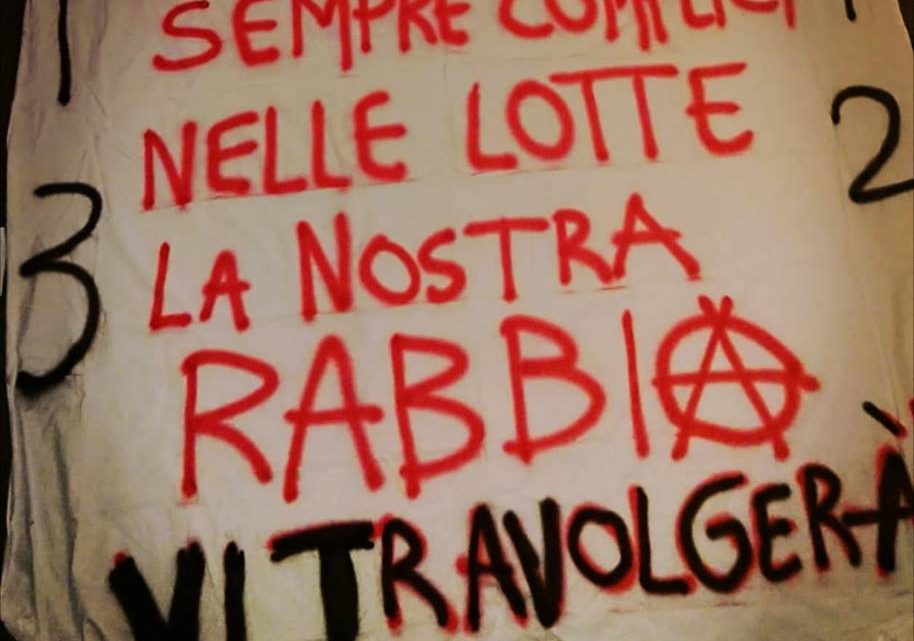 SOLIDARITY WITH THE ARRESTED COMRADES FROM TRENTO

Seven other comrades were arrested.

They speak of “subversive cell”, of “terrorists”; they portray the arrested as “ready to kill in order to subvert the democratic order”.
Nothing surprises us. By now, the terrorism perpetrated by the media and newspapers is daily bread. And the campaign against the “anarchists”, the ugly-black-and-villains who oppose “the order of things” and the “peaceful coexistence” has been going on for a long time.

They arrested 7 companions. After the repression in Turin, they attacked another group of people who organize themselves against militarization, against the borders. Fascism and racism are fighting, more and more murderous. That thinks and acts daily against a capitalism increasingly sneaky.

They want to massacre every form of thought and critical action towards the existing. They want to kill every group that organizes itself and lives outside the institutional schemes. The accusations of terrorism are again made to isolate, to try to break down solidarity. To impose long preventive sentences and to break a group of compagnxes engaged in many struggles.

But in this war, Terrorist is the state and its torturers. It is his propaganda of fear and his unique thought that he tries to impose with repression and conformism. His laws are murderous, and today his policy is increasingly fascist and racist, which divides whites from blacks, which foments hatred and discrimination. It is the state that makes the war, and in this war now declared to the poor, the marginalized and all those who organize themselves against these policies, we are all called to take sides and take sides.

Our full solidarity with the arrested comrades of Trento.
Always accomplices of those who rebel and choose to fight.